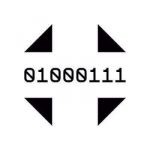 Datasette – Kestrel Manoeuvres In The Dark

For their third iteration, Berlin-based Foul-Up continue their exploration of mind-expanding electronics and off-standards sonic borderlands with Glaswegian producer Mark Kastner aka Galaxian at the controls. His new EP, ‘Blowback’, makes for a blood-and-thunder wayfaring into deeply anxiogenic terrains and confined audio spaces, bridging an earthly post-industrial and ambient murk – ‘Truth Seizure’, ‘Parasitic Seduction’ – with mythical visions of everlasting human struggles as seen through a broken kaleidoscope of ruffneck electro and mind-altering drone flexions – ‘Ouroboros’, ‘Coercion’. From this point Kastner fast-forwards from the unsettling inertia of a grey-lacquered suburbia up to a smouldering bedlam rife with acidic geysers, primitive drum motifs and untamed machines gargling in agony as interstellar winds blow loud and heavy. Galaxian sure feels at his best when the pressure is high and the comfort zone exceeded, moving against the cultural zeitgeist and its affiliated schools of thought to fight arbitrary paradigms and noxious ideologies with his own arms. * If you haven’t come across his work yet, just make sure you fasten your seat belt first and, well, hold on tight to it. Blasting out fast-breaking electro grooves over jagged tech-y pulsations and dystopian atmospherics, he increases the strain by lashing forcible breaks and laser-sharp synth lines turned onto the highest pitch and torn in flaming vibratos, growing nervier with every bar as a seemingly helter-skelter vortex of loud, burning bass surfs builds up on the epic ‘Blowback’. ‘Forget About It’ finds him deftly manoeuvring off the grid for a trippy hybrid of gravity-defying garage/jungle – leaning towards further elevated heights with its finely arranged flight of blissed-out, textured pads and altered vox questioning human responsibility and its natural appetite for destruction, putting in perspective the subsequent blindness regarding the consequences of our actions as a voice drones an unequivocal speech: ‘And we just want to try and not think about it, forget about it – stay away from it, as far as possible […] Who are we’. Human compassion and profound artistic authenticity as echoed in the age of disinformation and masks multiplication are at the core of Galaxian’s musical ethos. Preaching the assumption of nonstandard pluralness in a world dominated by greed and dependence, ‘Blowback’ resounds like a compelling act of faith.